Skip to content
Go Back to Shop All CategoriesBike AccessoriesBike Light

Here are the top-15 advantages of Light Emitting Diode (LED) lighting technology. They are listed sequentially based on their importance and starting with the most important item:

Easily the most significant advantage of LEDs when compared to traditional lighting solutions is the long lifespan. The average LED lasts 50,000 operating hours to 100,000 operating hours or more. That is 2-4 times as long as most fluorescent, metal halide, and even sodium vapor lights. It is more than 40 times as long as the average incandescent bulb.

Less frequent replacement means two big things: lower maintenance costs in terms of labor and lower costs for replacement parts (because the bulbs simply do not fail for a long time).

LEDs generally consume very low amounts of power. The statistics to look for when comparing the energy efficiency of different lighting solutions are called by one of two terms: luminous efficacy or useful lumens. These two items essentially describe the amount of light emitted per unit of power (watts) consumed by the bulb. In our experience most LED lighting retrofit projects result in a 60-75% improvement in the overall energy efficiency of the facility’s lighting. Depending on the existing lights and the particular LEDs installed, the savings could be more than 90%.

Safety is perhaps the most often overlooked advantage when it comes to LED lighting. The number one hazard when it comes to lighting is the emission of heat. LEDs emit almost no forward heat while traditional bulbs like incandescents convert more than 90% of the total energy used to power them directly into heat. That means only 10% of the energy powering incandescent lights is actually used for light (which also makes them extremely inefficient compared to LEDs). Additionally, because LEDs consume less power they can operate effectively on low-voltage electrical systems. These are generally much safer in the event that something goes wrong. 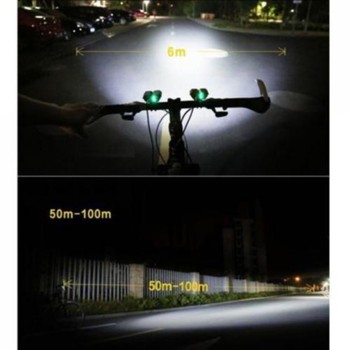 The actual LED device is extremely small. Small power devices can be less than a tenth of a single mm2 while larger power devices can still be as small as a mm2. Their small size makes LEDs incredibly adaptable to an infinite number of lighting applications. Different uses for LEDs include a wide spectrum from their roots in circuit board lighting and traffic signals to modern mood lighting, residential and commercial property applications, and even major stadium lighting.

CRI is a measurement of a light’s ability to reveal the actual color of objects as compared to an ideal light source (natural light). High CRI is generally a desirable characteristic (although of course, it depends on the required application). LEDs generally have very high (good) ratings when it comes to CRI.

Perhaps the best way to appreciate CRI is to look at a direct comparison between LED lighting (with a high CRI) and a traditional lighting solution like sodium vapor lamps (which generally have poor CRI ratings and are in some cases almost monochromatic).

The range of possible values for different LED lights is generally between 65 and 95 which is considered excellent.

LED technology emits light for only 180 degrees. Every other type of light emits light 360 degrees around the source. 360 degree emissions necessitate accessory devices to reflect and/or redirect the light. This drives up the costs for the system in general and inevitably results in losses meaning that the device is necessarily less efficient than it otherwise would be. Consider a light that emits light into the ceiling – that is your standard bulb. The problem is that you’re trying to illuminate the room, not the ceiling. LEDs solve this problem completely and give the savings back in terms of the system’s overall energy efficiency.

Because LEDs are so small they can be used in virtually any application you can think of. They can be combined in bunches for a traditional bulb, used in isolation as a small device light, or strung out in sequence in a linear fashion. Just about everything you can think of can be done with LEDs.

LEDs are solid state lights. This means that the traditional glass bulb surrounding the light is entirely unnecessary.

LEDs are able to operate at a virtually any percentage of their rated power (0 to 100%). Of note, they do require hardware specific to LED technology in order to dim (meaning you cannot use the dimming equipment for an incandescent bulb or other traditional lighting technology). A positive of operating LEDs at less than full power is that they get more efficient as the power is reduced. This also increases the total lifespan of the light itself. Both of those advantages are absent with technologies like metal halides that actually get less efficient at lower power and in many cases cannot be dimmed at all. 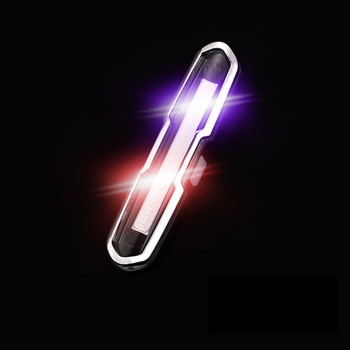 10. LEDs Provide Instantaneous Turn On & Do Not Have Issues With Frequent Switching:

LEDs turn on and off instantaneously. There is no warm-up period like in the case of metal halide lamps. Additionally, frequent switching doesn’t cause degradation in the device.

LEDs do not have the environmental issues common to traditional lighting solutions like fluorescent or mercury vapor lights. Both of these traditional solutions contain mercury internal to the bulb and thus require special handling at the end of the product’s useful lifespan. None of these considerations are necessary with LEDs.

LEDs emit the vast majority of their energy in the visible spectrum, a small amount in the infrared spectrum, and virtually none in the ultraviolet portion of the spectrum. This means that LEDs are able to safely and reliably illuminate UV sensitive items like art that will break down and degrade over time if exposed to this type of emission.

In many cases LEDs operate on very low voltages. This makes them suitable for use in outdoor lighting applications where other lighting might not meet code such as with oceanfront homes where the ground level of the property is in a flood zone.

LEDs work well in a wide range of operating temperatures without significant degradation. 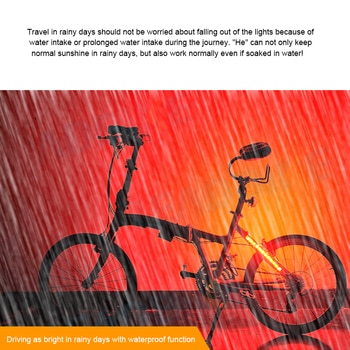 LEDs are available in a wide range of correlated color temperature (CCT) values. They can be purchased with a “warm,” yellowish glow, as a “cool,” white light and a variety of other options.

All in all LEDs are an incredibly useful technology that is fast becoming the first choice of residential, commercial property developers, and cycling community.

How To Choose Bike Lights Wisely

Over the past years, riding a bike has become more than just a mode of transportation. It has developed into a very lovable hobby, a sporting event and a means to keep people in shape. It is because of these benefits that biking catapulted itself to the top rank of hobbies that many humans would... 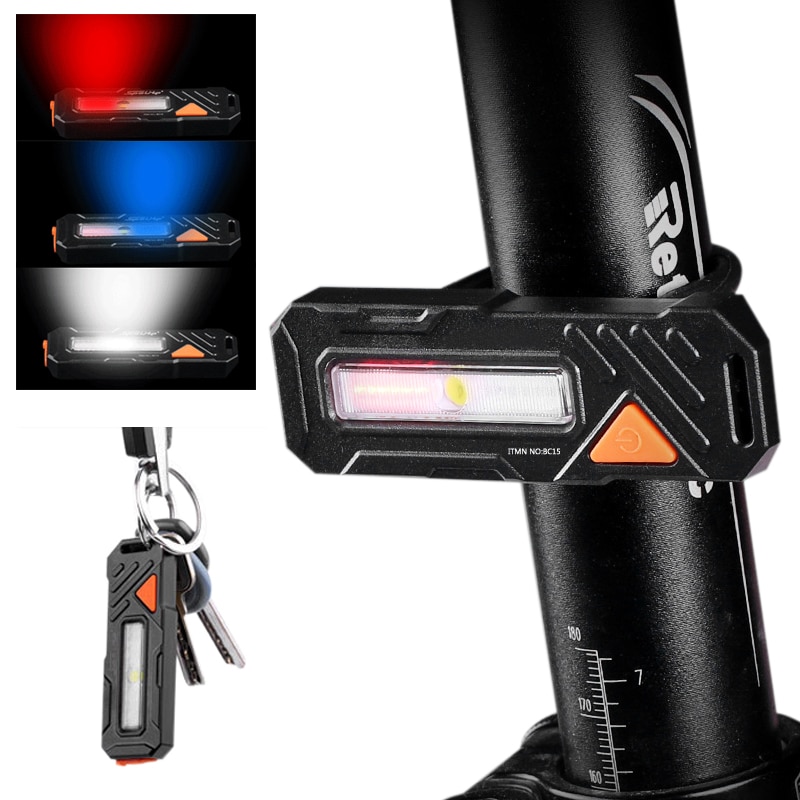 COB LEDs are very popular nowadays in LED lighting business. We talk and write about COBs, and our customers use COBs in their luminaires, but what exactly is COB? First of all, the abbreviation COB comes from words Chip-on-Board. Understanding COB LED Light In COB packages many LED chips are usually attached to substrate with […] 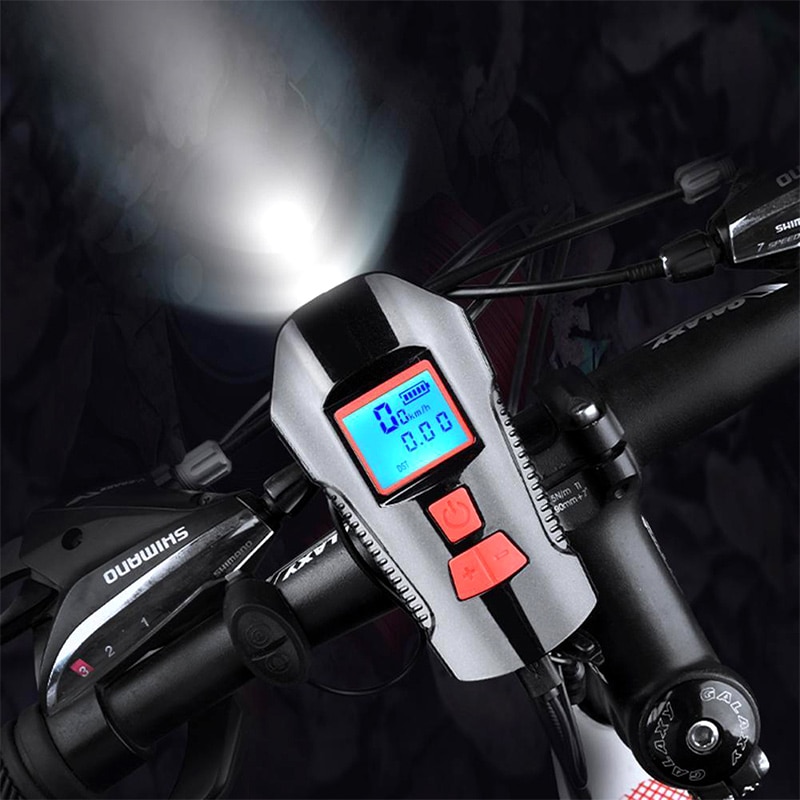 How To Choose Bike Lights Wisely

Over the past years, riding a bike has become more than just a mode of transportation. It has developed into a very lovable hobby, a sporting event and a means to keep people in shape. It is because of these benefits that biking catapulted itself to the top rank of hobbies that many humans would […]

Read More
Stay up to date

Put your email address to get updates on promotions and coupons.

No products in the cart.